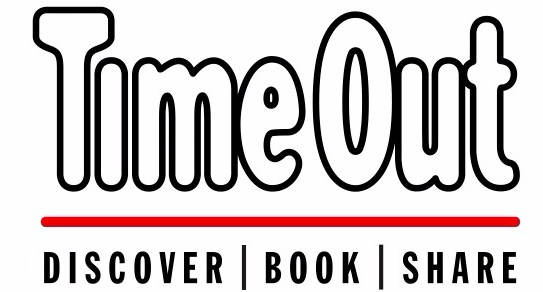 ESL Beginner Acting Class I: The Basics is unfortunately unavailable

Thankfully we have 95 other Acting Classes for you to choose from. Check our top choices below or see all classes for more options.

This class isn't on the schedule at the moment, but save it to your Wish List to find out when it comes back!
If you're enrolled in an upcoming date, this simply means that date has now sold out.

What you'll learn in this acting class:

The English as a Second Language (ESL) class combines The Barrow Group approach to acting with diction work. Vocal exercises strengthen skills in the pronunciation, intonation, and stress of American Standard dialect, while the acting work is adapted to also engage vocal work. For example, during script analysis, students explore American stress and intonation patterns so that the logic behind them becomes clear.

This class is ideal for students for whom English is not the first language, as well as for others who would like to work on American Standard pronunciation and diction.

Still have questions? Ask the community.

Refund Policy
All payments are non-refundable.Full payment or a deposit of 50% is required in advance in order to secure your spot in a class. The remaining balance is due before the first day of class.

All classes at this location

This class isn't on the schedule at the moment, but save it to your Wish List to find out when it comes back!

Booking for more than 6+?
See more dates and classes for private groups

People who viewed this class also viewed the following classes 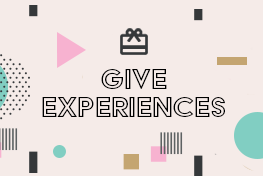 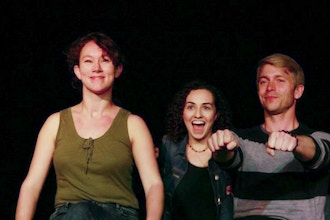 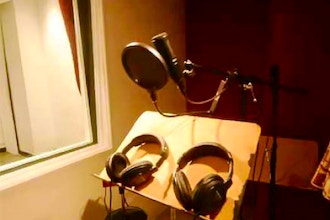 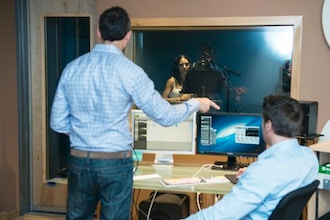 Benefits of Booking Through CourseHorse

Booking is safe. When you book with us your details are protected by a secure connection.
Lowest price guaranteed. Classes on CourseHorse are never marked up.
This class will earn you 4950 points. Points give you money off your next class!
Questions about this class?
Get help now from a knowledge expert!
Contact us
Questions & Answers (1)

Get quick answers from CourseHorse and past students.

CourseHorse Staff
Hello, Brenda! Thanks for your question. As of this time, they do not offer classes on weekends, but you can save the class to your wish list so you'll be notified when we add new dates and there might be a weekend class. Hope this helps!
Answer 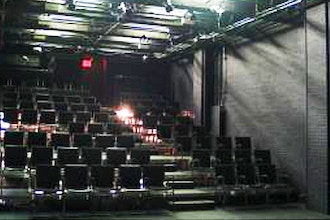 This school has been carefully vetted by CourseHorse and is a verified NYC educator.

Want to take this class?

Save to Wish List
Booking this class for a group? Find great private group events here

This three hour workshop will give you an understanding of WHAT makes improv work and WHY it works…and a new confidence that you…yes, even YOU…can do it. Plus, you’ll have new skills to help you in work, and life! More effective communication, less self-consciousness about in speaking in public, an easier access to thinking on your feet, and...

This three hour workshop will give you an understanding...

This class has 1 more date.

In this 5-hour Intensive workshop, limited to 10 actors, Andy will walk you through the psychology and technique of nailing your audition in the booth. Don't miss this opportunity to learn from one of the city's top casting directors in one of the most vibrant and fast-growing markets.

In this 5-hour Intensive workshop, limited to 10 actors,...

$199
4 Seats Left
Don't see any dates that work for you?
Add to Wishlist

Voiceover is an exciting, lucrative career that is becoming more accessible to people every year as technology improves. But is it right for you? Edge Studio’s Investigate Voiceover class is the perfect place to start and get a candid opinion on whether or not voiceover is something that you should pursue professionally. In this interactive, three-hour...

Voiceover is an exciting, lucrative career that is... 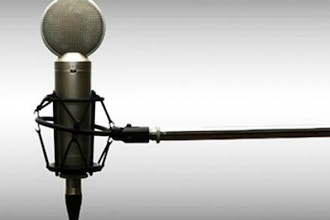 In this 3 hour workshop, limited to 16 actors, Andy will walk you through the psychology and technique of nailing your audition in the booth. Don't miss this opportunity to learn from one of the city's top casting directors in one of the most vibrant and fast-growing markets. Workshop will include a Q and A session, as well as work "on mic". All levels...

$69
3 Seats Left
Don't see any dates that work for you?
Add to Wishlist 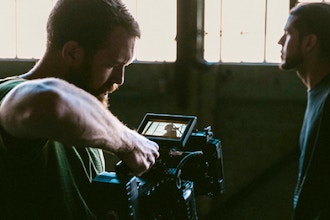 Important: This course is for New Students only. For Returning Students, please proceed to this course. Only New Students can avail of these promotional prices. Clients cannot purchase a 2nd 3-Part class for $99. We will not be able to warrant promotional price purchases for returning students. This is an on-camera class that stresses acting for...

Important: This course is for New Students only. For...

This class has 31 more dates.

Acting 101: 6 Week Beginning Technique & Scene Study w/ Maggie Phillips, Profesional Actress, Acting Teacher & Coach If you've been thinking about starting a career as an actor, Acting 101 is the perfect way to start off. You'll work with Maggie Phillips who will introduce you to a variety of approaches to Acting, Stage basics, Terminology...

$329
5 Seats Left
Don't see any dates that work for you?
Add to Wishlist

This 6-week class is for students who have completed Beginner I and II at the Barrow Group to want to apply what they’ve learned to on-camera work. Students will work with The Barrow Group tools on monologues and scenes in front of the camera and watch playback each session. This class helps prepare students for professional level Film/TV...

This 6-week class is for students who have completed...

Beginners Acting I: The Basics

This 10-week class is designed for the beginning/amateur adult actor, and will teach you the fundamentals of the craft. The class highlights quick and powerful ways to make your performance more natural and spontaneous. No experience is necessary. A great start for the beginning actor! All exercises are designed to: Encourage spontaneity. Foster...

This 10-week class is designed for the beginning/amateur...

This class has 5 more dates.

This all day intensive will cover:  The business of commercials On-camera technique Improv Breaking down commercial copy Working with cue cards Spokesman and testimonial approaches to the copy and she will push your creativity in ways that you wouldn't expect In addition, Rebecca will help you to understand your type, perception and where...

This all day intensive will cover:  The business...

$129
6 Seats Left
Don't see any dates that work for you?
Add to Wishlist

Looking to perfect your audition technique and learn the skills to nail television and film auditions? This 4 week on-camera class will replicate the "real world" television/film audition process and give you insider industry tips to help you book! In each class you will be working with Lorrie on new scenes, building your way from Co-Stars to Series...

Looking to perfect your audition technique and learn...

$239
6 Seats Left
Don't see any dates that work for you?
Add to Wishlist

If you've always wanted to check out the world of on-camera commercials, this is the event for you! As you know, commercials can be one of the most lucrative jobs in the business. Many of our actors have asked "where do I begin?", so Barry is here to help get you started! This intensive is designed for the actor looking to expand their arsenal...

If you've always wanted to check out the world of...

$129
5 Seats Left
Don't see any dates that work for you?
Add to Wishlist

How to Really Make It in Voiceovers

Learn an exciting method for beating the competition. Most people go about it the wrong way. This workshop will show you a unique, outside the box way to cash in on one of the most lucrative full or part-time careers out there!  This is a business that you can handle on your own terms, on your own turf, in your own time, and with practically...

Learn an exciting method for beating the competition....

$40
2 Seats Left
Don't see any dates that work for you?
Add to Wishlist

“A Stage Combat Class You’ll Want to Check Out!” - Backstage 2/17/15 NYC Combat for Stage and Screen is an ongoing group class where you are trained on an individual basis. Learn to create and perform extraordinary fights for stage and screen! All skill levels are welcome. Since conflict is the essence of great theatre, film or TV, a simple...

“A Stage Combat Class You’ll Want to Check Out!”...

This class has 9 more dates.

Our Accent Reduction class is designed for both the actor and non-actor whose first language is not English or who is bilingual but has a strong foreign native language accent or the actor who has a heavy regionalism. You'll work with the amazing Susan Finch who will help you to isolate and identify English sounds that are not in your native language...

Our Accent Reduction class is designed for both the...

$389
6 Seats Left
Don't see any dates that work for you?
Add to Wishlist

Apply principles of the Alexander Technique to all aspects of your theater practice in this class. While exploring both classical and contemporary forms, we will consider various means to prepare for acting, to expand awareness of presence, availability, and emotional imagination, and to illuminate the ways that we use our whole selves to create space...

Apply principles of the Alexander Technique to all...

This class has 4 more dates.

Learn a solid audition technique. You only get one shot to get it right! Practice the best written movie scenes on camera every week under the guidance of one of the best in the business. "I will individually coach you as you rehearse on camera."  You will have the opportunity to watch and review your work every week accompanied by a firm and...

Learn a solid audition technique. You only get one...

How to Be Successful in Commercial Print w/Janine

Have you ever seen someone similar to you in a magazine ad or TV commercial and thought, "That could be me"? If you didn't know it, Commercial Print/Real People modeling is without height, size, or age restrictions, (children to seniors). This very lucrative area can earn you $500.00 or more per hour and could fit into your schedule part-time, which...

Have you ever seen someone similar to you in a magazine...

$69
3 Seats Left
Don't see any dates that work for you?
Add to Wishlist

What does it mean to be expressive?  How can we stimulate our voices to be alive to the complexity of our inner emotions and responsive to the multi-layered nuance of our thoughts?  And how can that connection actively play out through the text? This is a workshop designed for performers, public speakers, and those who would like to feel...

What does it mean to be expressive?  How can...

$210
7 Seats Left
Don't see any dates that work for you?
Add to Wishlist

Intro to Film & TV- All Day On - Camera Intensive with Devin Shacket THE PERFECT ALL Day Intensive specifically designed for actors wanting to pursue a career in FILM & TELEVISION. This All Day On Camera Intensive introduces you to some of the many challenges facing an actor (both established and novice) working in film and television today....

$129
6 Seats Left
Don't see any dates that work for you?
Add to Wishlist

Know someone who would like this class but not sure of their schedule? (We recommend this!)

Know their schedule better than your own? Book a date and time directly.

One last thing!
Add a name to your account.
What name do you want displayed with your post?